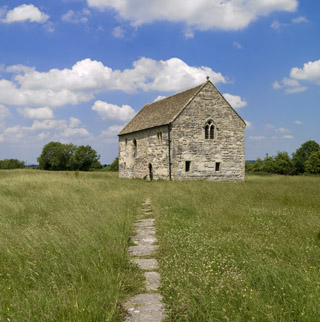 The Fish House was built for Glastonbury Abbey in the 1330s. It stands in a beautiful position by the site of a long-drained lake (the ‘mere’) on the Somerset Levels. The building’s design shows that it was not meant, as usually claimed, for processing or storing fish, but as a house. As such it is of interest for its excellent preservation, its quality despite its small size, and its peculiar and precocious internal planning. Its name does, however, derive from its use as the occasional residence of the abbey’s official in charge of the lake and its fishery.